Known as the ‘key to learning’ the Asymmetrical Tonic Neck Reflex (ATNR) is a complex reflex that has many parts within it. These include visual, movement and auditory branches. These branches need to be balanced and harmonised to make a child’s learning integrated and ultimately easier to achieve.

The ATNR is active early after birth, and you can easily recognise its presence by its distinctive movement pattern.  When the baby’s head is turned to the left, the left arm and leg will straighten, whilst the right arm and leg will bend.  If the head is then turned to the right, the opposite movement occurs in the body. This movement pattern creates communication between the baby’s eyes and hand; it also establishes patterns of movement in the two sides of their body separately.

The movement of the arms and legs to and from the body teaches the brain where the centre of the body is, known as the vertical midline.  The midline is important in the control of the body for co-ordination and balance, but more significantly represents maturity within the communication of the brain.

The vertical midline that separates the left and right sides of the body is a key ‘spatial perception’. It acts as an intuitive guide when lining up the body for tasks, for movement control in balance skills and serves as a point of reference for spatial planning.

The settling of the ATNR helps establish the potential to create neurological connections between one side of the brain and the other – so that the left and right hemispheres of the brain talk to each other and help each other out using their different but complementary skills and abilities.

Neurological maturity at this level can also be seen in the body in that the child is able to cross the vertical midline with the arms and legs, an essential skill for sports, co-ordination, balance and many everyday tasks (like cutlery skills for example).

Communication from one side of the brain to the other is essential for processing and interpretation of the sounds a child hears and the images they see.

Disruption to the ATNR can create challenges in movement, vision and hearing. So much of a child’s learning is dependent on these skills; hence ATNR is often called the ‘key to learning’.

Imagine if you can the affected child at school, feeling confused and potentially “stupid” as they cannot use visual and hearing information together, and try as they might they cannot get their ideas down on paper or really show that they are actually quite bright. They are aware that their friends seem to be doing better than they are even though they are working really hard to keep up, and that their teacher does not seem to think that their work is up to scratch. Pretty soon that child might start to lose heart. 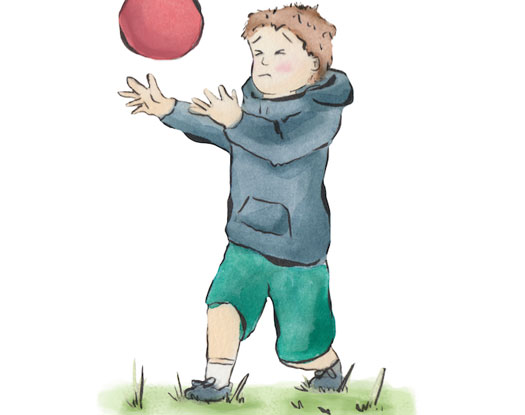 A persistent Asymmetrical Tonic Neck Reflex may lead to: