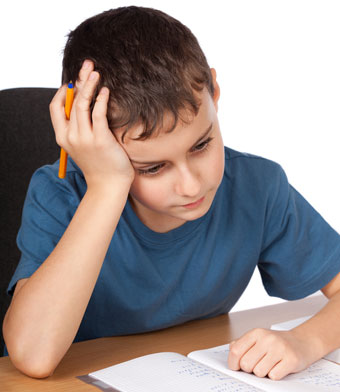 James was first referred to Hemispheres by his parents, at the age of 4 years, due to general concerns with his overall development. James was withdrawn and preferred to play on his own, his speech was delayed and he had difficulty kicking and catching a ball.  James was prone to emotional outbursts, and preferred to avoid activities which included pen and paper.

At the time of referral he had recently started an independent Nursery where it was reported that he preferred to play on his own.  The neurological assessment highlighted that James had no involuntary responses to the reflex in his hands but he had not developed the skills of finger isolation and he refused to copy age appropriate lines in the assessment.  Sensitivity in the feet was accompanied by involuntary responses in both reflexes of the feet.  A startle response to loud noise and touch was present and James tended to seek visual stimuli.  James was not able to isolate the movements of his arms and legs, his balance was immature and he had weak postural tone.  James found it diffiuclt to sit still, he could not engage in a shared activity, prefering to be on the move.

The programme started by providing daily movements to stimulate the lower aspects of the brain stem, focusing on improving attention and interaction, to help James's interaction and engagement with others, particuarly at nursery.  Specific massages to the hands and feet were given to increase the sensory arousal to the hands and encourage better processing for fine motor skills and balance.

James recieved 12 sessions.  Within two months of starting the programme James was reported by school to be observing the other children and initiating play outside. This quickly moved to include interaction in the classroom, accompanied by improved attention at circle time. James quickly showed improvements in climbing, throwing and catching and his co-ordination for swimming improved.

James began to be more independent in everyday activities, but he continued to show a 'block' towards writing and fine motor skills.  To combat this the Hemispheres Think Write Handwriting Programme was used to approach handwriting using cognition and avoiding motor skills, as this appeared to be the main 'block' to James's motivation.  After three sessions James harnessed his interest in writing. His letters were formed correctly and his confidence had improved so much we all had to play schools in clinic, with James being the teacher.

James is now progressing alongside his peers in a mainstream Year 1 class.